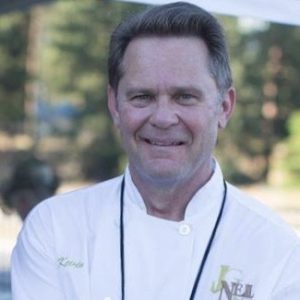 Kevin is the J.G. Neil Corporate Chef and sales representative for eastern Washington. He has been with J.G. Neil since September of 2004. Prior to coming to J.G. Neil, Kevin was a professional Chef in the Seattle area where he earned a culinary degree from South Seattle Community College in 1988. He has over 20 years of experience in the restaurant industry, having worked his way up through the ranks of some of Seattle’s premier kitchens. He was an Executive Chef for the last 8 years of his career.

Kevin has appeared in Chef Magazine, Entertaining the Costco Way and KCTS Chefs. In 2002 he had the honor of cooking dinner for the members of the James Beard Foundation at the James Beard House in Manhattan, New York. Soon thereafter, he began to explore other opportunities in the hospitality industry, at which time he joined the J.G. Neil team as a food broker. He’s enjoying every minute of it.